Menu+
Built on a solid foundation in Central Alberta and based in Red Deer, Andy Marie Photography brings a photojournalist flair to any wedding, engagement, family, boudoir or portrait photo shoot. Andy captures the moments you’ve waited for! 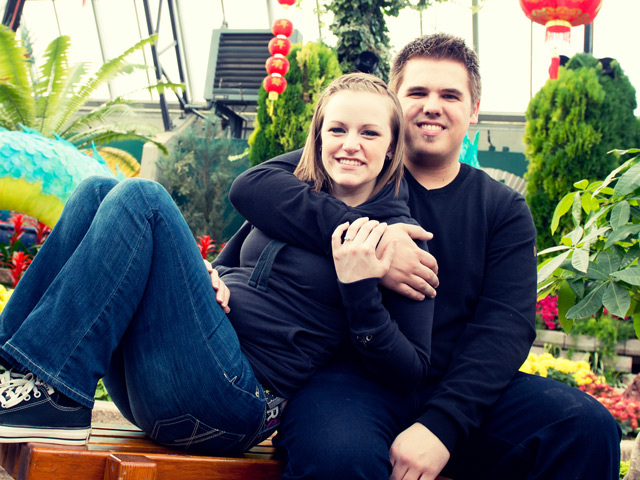 Joe and I had so much fun with Karissa and Andrew during their Edmonton engagement shoot. We travelled through Parliament, caught some attention on the bridge over the river, and sweated it out at the Muttart conservatory. Iʼve known Karissa since her converse kicks were doing rlaps around the playground in elementary school and itʼs such an honor to be apart of this new chapter in her life. How exciting to now see her in love and about to marry the man sheʼs happy with.

Weʼre booked in to shoot their June wedding and itʼs always nice to have an engagement shoot with the couple to get to know each other and start getting comfortable with communication in front and behind the camera.

We played around with a few ring shots that were so much fun! The Muttart Conservatory is great for a winter shoot and their feature room was in honor of the Chinese New Year. We got play around with the pops of color and a bright blue dragon.